The Missa pro Victoria, sung by a double choir, resurrects Clément Janequin’s music composed in celebration of the battle and French victory at Marignan in 1515.
Through this concert Doulce Memoire intends to restore the magnificent liturgical ceremony with the participation of three musical ensembles: the Chapelle de Plain-Chant, the spectacular Chapelle de Musique and the Ecurie du Roy, made up of the most dazzling and sonorous instruments.
The object is to create a highly colourful ceremony as was customary in Spanish cathedrals.

For the plain-chant, a proposal involving amateur singers from the region is a possibility.

And with the participation of over 50 amateur cantors for the Renaissance Gregorian chant in the framework of a joint project to be set up in conjunction with actors from the regions.

“Renaissance splendours light up the Festival of Ambronay. Denis Raisin Dadre and the Doulce Memoirs ensemble create the first surprise in this edition […] Besides a remarkable interpretation, the surprise caused by this concert arises from the rarity of the material and the novelty of the colours of Doulce Memoire […] Familiarity with this repertoire opens the way to a freedom and creativity which manifests itself in original programmes in which emotion arises not from the pathos of the interpretation, but from a feeling of entering unknown territory. In the salutations the manual instruments, raised aloft like trophies, had the appearance of a rustling forest of strange sounds that one would wish to hear again.”
Antonio Mafra, le Progrès, 18 September 2017 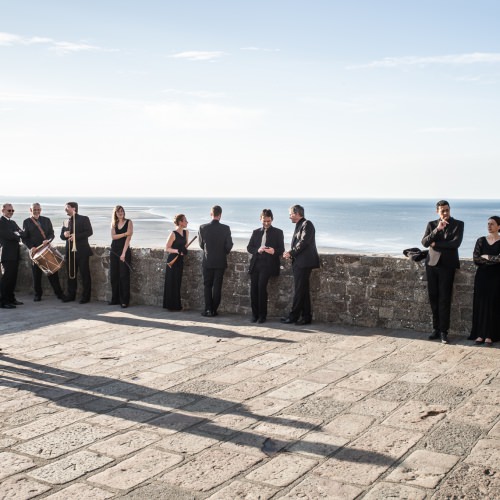