Josquin Desprez, described by his contemporaries as princeps musicorum, “prince of musicians”, Josquin Desprez is best known today for his religious works – masses and motets – which have been widely performed and recorded. Surprisingly, performers appear to have neglected his chansons, apart from the ones for 5 and 6 voices published posthumously by Tielman Susato of Antwerp in his Septième livre of 1545. Doulce Mémoire’s concert and recording project will focus more particularly on Josquin’s first creative period ; diverse in their languages and themes, these songs provide a delightfully varied programme, passing from the serious to the tender to the brazen, and testifying to the matchless art of Josquin Desprez. 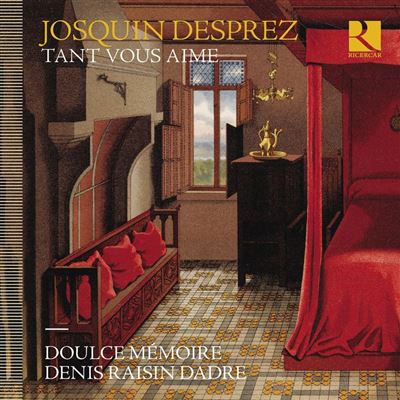