This film, made in 1919, for the four-hundredth anniversary of the death of Leonardo da Vinci, by two pioneers of Italian cinema, Julia Cassini Rizzotto and Mario Corsi, traces the life of that most illustrious representative of the Renaissance period.

After giving much careful thought to the matter, Doulce Mémoire decided not to improvise an accompaniment for the film, as is usually the case for silent films, but to accompany it with music from Leonardo’s time, i.e. dating from between 1452 and 1519.

This cine-concert was a wonderful experience for the musicians of Doulce Mémoire, and an unusual one. We had to overcome the difficulties posed by the fact of having to make the music fit in with the absolute constraint of the film’s timing, which meant having to play with our eyes riveted on the screen. And recreating the acoustics of a large church meant having to sing into a piece of specially doctored PVC tubing! Meanwhile it was very interesting to discover how Italians a century ago viewed the Quattrocento, and to see the sometimes quite amazing instruments that Joël Grare produced in order to create different soundscapes. 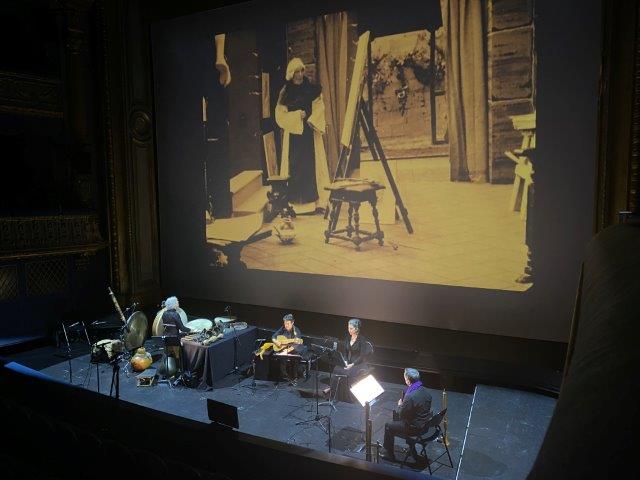 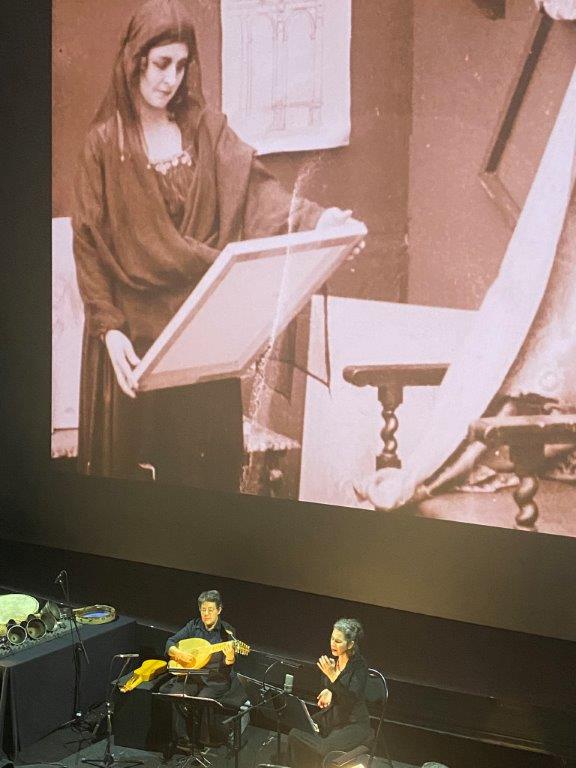 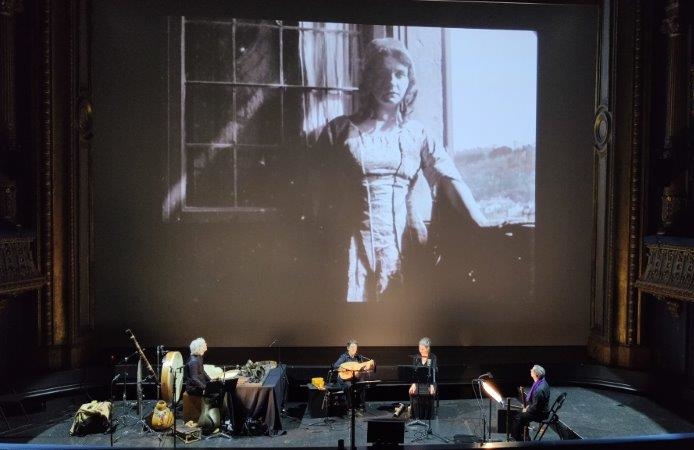 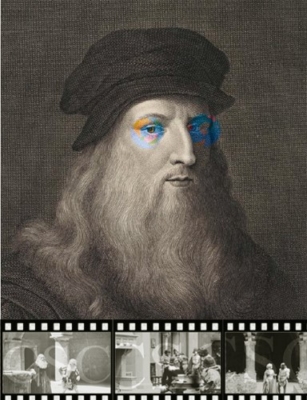