Nanyin, (southern melody) is considered a “living fossil” of Chinese music. This musical genre, transmitted since the Eastern Han dynasty (AD 25-220), has come to us through a notation system that uses Chinese ideograms, the gongche notation.

This very old musical genre still alive and practiced in the 21st century has earned “Nanyin” to be inscribed in 2009 by UNESCO on the representative list of the intangible cultural heritage of humanity, international recognition of the value of this cultural heritage.

Exchanges with Wang Shin-Shin, the big star of Nanyin, attentive listening to her art, her real desire for exchange and sharing decided me to move towards really old Western music, even if we We do not have music in Europe that goes as far back in time as the Nanyin. So I chose monodies from Guillaume de Machaut the great French master of the Ars Nova of the 14th century but also the music of the next generation, which we call the Ars subtilior this fall of the Middle Ages where poetic refinement disputes it with the complexity of the most unheard-of writing.

Beyond the seas, differences in culture, the gap that may exist between sensibilities and historical distance, we can dialogue and celebrate the beauty of the world through a music rooted in history. 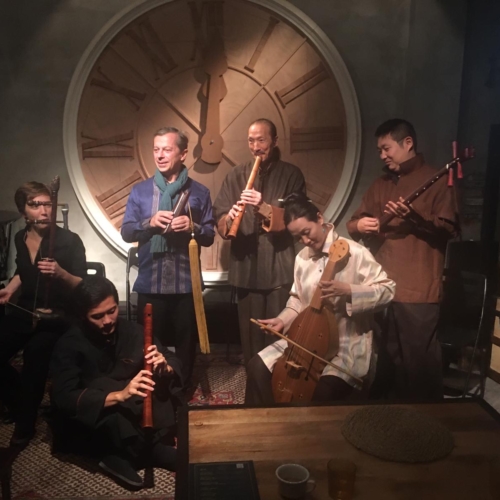