2021 will see the commemoration of the 400th anniversary of Sweelinck’s death in Amsterdam. Renowned as one of the foremost representatives of the Dutch keyboard school, Sweelinck was also a remarkable composer of vocal music.

On the strength of our experience with the vocal music of Claude Lejeune, Eustache du Caurroy and Pierre Guédron, we chose to focus on Sweelinck’s settings of French songs, namely his Chansons à cinq parties, accommodées tant aux instruments qu’à la voix, published in Antwerp in 1594.

For Doulce Mémoire, this collection came as quite a revelation. The music – masterly writing, influenced by Sweelinck’s virtuosity as a keyboard player, combined with a remarkable feeling for a language that was not his own, the texts being in French – is altogether sublime. The collection also includes a number of compositions by Antwerp-born composer Corneille Verdonck, including a magnificent four-part chanson, Thyrcis vouloit mourir, to a French version of Giovanni Guarini’s poem Tirsi morir volea.

The combination of voices and instruments, known in Renaissance times as “le concert des voix et des instruments”, is one of the distinguishing features of our work. We have practised it extensively in the musical settings of Ronsard’s poems by Anthoine de Bertrand, Guillaume Boni, Jean de Castro and André Pevernage, and also in Claude Lejeune’s setting of Le Printemps (recorded in 2017 on the Printemps des Arts de Monte Carlo label). Sweelinck’s French chansons lend themselves perfeclty to the “concert des voix et des instruments”, as the title page of the collection specifically states.

In this programme, special attention will be paid to the “colour” of the Old French texts: the different pronunciation of vowels, particularly nasal vowels, and the articulation of consonants, much more marked than in Modern French. We will be assisted in this by Dr Olivier Bettens, a well-known specialist in historical pronunciation and declamation, who previously proved invaluable to us when we were working on the texts of Claude Lejeune’s Le Printemps.

Between the extraordinary flowering of the madrigal in Italy and that of the chanson in France stands Sweelinck, the brilliant virtuoso keyboard player, the “Orpheus of Amsterdam”, the renowned teacher, known in Germany as the “maker of organists”, who, we must not forget, also left us some exceedingly beautiful vocal music. 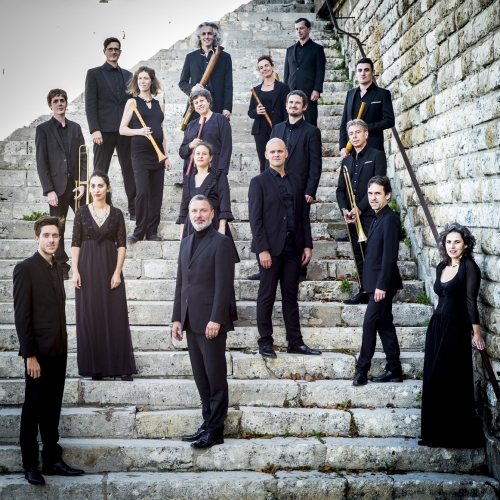